“this music is rooted in tradition but altogether original sounding and beautifully written… a thing of beauty,” Cerys Matthews, BBC 6 Music

Swansea-based mother and daughter duo Delyth and Angharad, also affectionately known as DnA, breath a new lease of life into the ancient music of Wales through their intimate and irresistible conversations on the harp and fiddle.

Both musicians have been at the forefront of different generations of traditional music in Wales, through bands such as Calan and Aberjaber. By joining forces to create the mother and daughter duo, DnA instantly stand out. There's a compelling and intriguing connection between the two musicians, which is achieved through that special family connection.

Delyth and Angharad started performing together in 2007 when the organiser of the Gower Folk Festival offered them their first gig as a duo. Despite having independent music careers, it hadn’t occurred to them that this mother and daughter combination could indeed be a very special collaboration.

Since then the duo gone on to record two studio albums, performed extensively, and have been played on local and national radio (including BBC Radio 2, BBC Radio 3 and BBC Radio 6 Music).

Their live performances have been described as "visceral and intense" and "a thing of beauty" Cerys Matthews, BBC6 Music. Their debut album Adnabod, released on the fflach:tradd label in 2013, generated praise and critical acclaim, with fRoots magazine describing the album as "one of the best Welsh instrumental folk albums available." In June 2018, the duo released their much anticipated second album, “Llinyn Arian," on Angharad's own label Sienco Records.

Delyth and Angharad take inspiration from traditional Welsh folk music and interpret it in new, and sometimes surprising ways. Through pushing the boundaries and experimenting with the natural timbres of their instruments, the duo create beautiful and haunting soundscapes on the harp and fiddle. Their music is quiet and intimate, dissolving into improvisational passages, before gathering form again for some toe-tapping jigs and reels which are played with a joyous energy.

Delyth was brought up on the border between Wales and England, with her family roots deep in the Montgomeryshire countryside, whilst living just over the border in Shropshire. She came to Swansea, south Wales to go to university, and there she stayed; it was there that her two daughters were born.

She only took up the harp in her early twenties, but since then she has come to be regarded as “one of the leading exponents of the Celtic harp.” (Dirty Linen)

She started her career with the Swansea-based folk group Cromlech, and then moved on to be one of the founding members of the pioneering instrumental trio Aberjaber, a group that cherished the traditions of Wales whilst at the same time moving that tradition forward in new and exciting ways.

Angharad was more or less born to the sound of music. In the months before she was born, Delyth was busy touring with Aberjaber, and so the bump that was to be Angharad was quite literally a prop for the harp.

Naturally, with music very much part of her up bringing, it’s no surprise that Angharad has gone on to become one of the leading lights of the folk music scene in Wales today.

As well as playing with her mum, Angharad plays fiddle with other bands including the young and vibrant Welsh folk band Calan. With their toe tapping jigs and reels, show stopping displays of traditional clog dancing and haunting songs, Calan have succeeded in putting Welsh folk music firmly on the map. They tour the UK, Europe and North America regularly.

On top of her musical career, Angharad is a project manager, and runs youth residential courses for trac, the traditional music development agency for Wales. She also does a lot of work for Live Music Now performing to and creating music with children with learning disabilities and the elderly. Other work includes theatre work and as session work with all sorts of musicians. 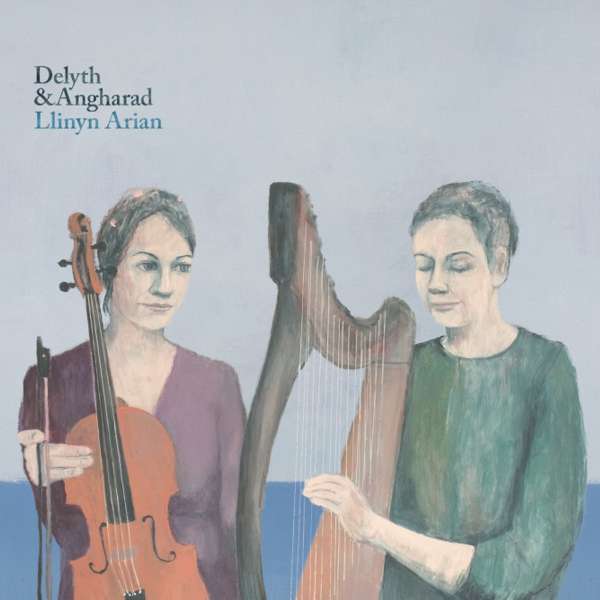